Laois things to see and do and popular Laois Visitor Attractions.

Abbeyleix Heritage House Co Laois in the Old North National School, interprets the Planned Estate Town of the de Vesci Landlords, once home to the Abbeyleix Carpet Factory, where a number of hand-tufted carpets were made for the state rooms of the Titanic ship.

Ballaghmore Castle, Dublin Road, Borris-in-Ossory, Co Laois is situated between Roscrea and Borris-on-Ossory, Ballaghmore Castle was built in 1480 by the Gaelic Chieftain MacGiollaphadraig (now called Fitzpatrick), meaning son of the servant of Patrick. Lords of Upper Ossory. They defended North Munster, strategically placed as they were on the old Irish Road. A Sheela-na-Gig carved in stone is on the front facing wall, a pagan fertility symbol to ward off evil. Set in the Irish midlands in Co. Laois, it is the perfect setting for a relaxing rural break in luxurious and historic surroundings.

Emo Court, Emo, Co Laois is a country villa designed by architect James Gandon (1743-1823), best known for his great public buildings, including the Custom House and the Four Courts in Dublin. The house is a magnificent example of the neo-Classical style, reflecting the architecture of ancient Greece and Rome.

Heywood Gardens, Ballinakill, Co Laois were completed in 1912, the property consists of gardens, lakes, woodland and architectural features. It was transferred to State ownership in November 1993 from the Salesian Fathers who had taken care of it since 1941. The formal Gardens form the centre-piece of the property and were designed by the famous architect, Sir Edwin Lutyens (1869-1944).Located 7km southeast from Abbeyleix, off R432 to Ballinakill, in the grounds of Heywood Community School.

Mountmellick Museum, Mountmellick, Co Laois officially opened its doors in October 2003. The main focus of the Museum is to conserve and display original pieces of Mountmellick Work (Embroidery) and to protect the memory of Mountmellick’s rich Quaker industrial past. The Museum is situated on the banks of the River Owenass giving visitors a chance to glimpse at the inspiration behind the designs used. 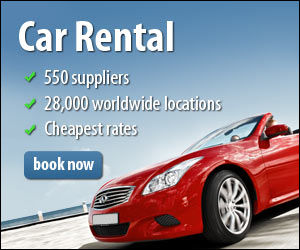